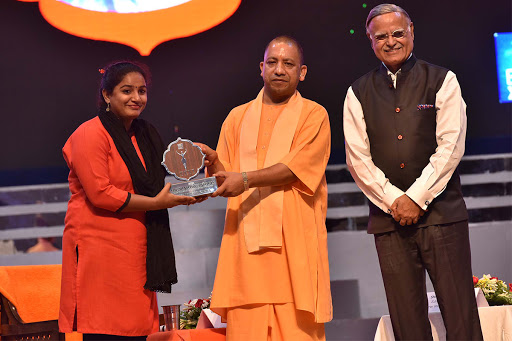 To participate and build movements which address all kinds of discrimination and oppression against women. Till date we have performed over 700 Nukkad-Naatak (Street Plays) & have organized around 225 seminars for raising awareness & voices against sexual violence

Several programs have been organized in order to create leadership of the women from the marginalized sections. During its programs Red Brigade Lucknow brings to the light the power of unseen women leaders.

Till date more than 100 such women leaders have been brought to the fore.

We have succeeded in rehabilitating more than 200 sexual violence survivors including 5 rape victims most of them from marginalized backgrounds through activism, legal, educational and counselling support. Some of them have gone on to become strong leaders in their own communities.

We have succeeded in rehabilitating more than 200 sexual violence survivors including 5 rape victims most of them from marginalized backgrounds through activism, legal, educational and counselling supp

In 2018 Red Brigade Lucknow, for the first time in the history of the independent India celebrated the “National Women’s Day” at the birthplace of Sarojini Naidu.

In 2019 marking the 140st Anniversary we conducted “Salute to Sarojini” events at 140 places in Lucknow. Likewise, several events were organized from 13th February to 2nd March in the year 2020 as well.

This year we are taking out a million meters (1000 kms) Scooty march in the villages of Lucknow, workshops on Self-Defense and Digital Literacy will also be conducted during this march.

Trustees and Board(8 Members)

Started ‘Sabal Kendra’ for women economic empowerment. This Jackfruit Food Point is the first of its kind in Northern India providing more than 25 dishes of Jackfruit and special food for pregnant women

Distributed Ration Kit & Daily use items to about 20000 people.

Ensured greater women participation in the project by assuring that the relief items were delivered in the hands of the women of the beneficiary household.

Educational Support to poor Girls: Red Brigade Lucknow continuously supports for the education of girls from the marginalized sections, right from primary schooling to professional education and courses.

Till date we have supported education of more than 500 girls